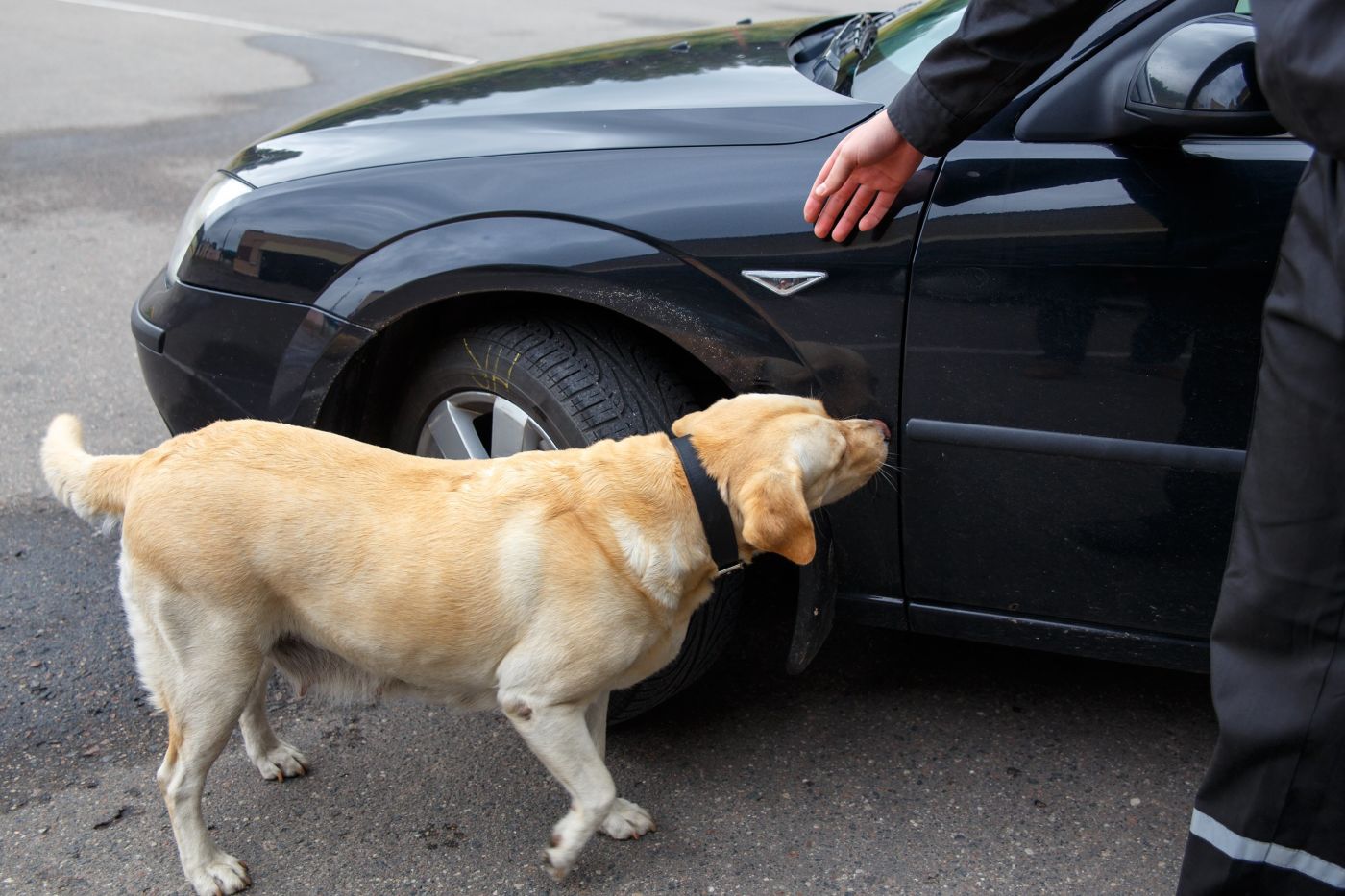 THE DOG THAT DIDN'T BITE

The game is afoot at the Indiana Supreme Court, and Sherlock Holmes would be proud. Though probably more worthy of Lestrade than Holmes, the inductive reasoning of day-to-day police work was on display in a case decided last week. In Thomas v. State,  the police were confronted by something like the "curious incident of the dog in the night-time."  As in Silver Blaze, one of the greatest Sherlock Holmes stories, the curious thing was that the "dog did nothing in the night-time."

In Thomas, the police were given a tip that two men from Chicago were selling drugs in Marion.  Officers found the vehicle described by the informant, and they followed it until they witnessed a traffic infraction. When the police stopped the vehicle, the occupants acted suspiciously.  They could not say where they were going or produce proper identification. To top it all off, a police dog alerted to the presence of drugs in the car. At that point, the police removed the occupants, patted them down for weapons, and searched the car.

This is where the case turned interesting. The officers didn't find anything. The dog didn't find anything. There were no drugs and no weapons inside the vehicle, and a pat down revealed nothing.  Moreover, the officers were reluctant to use the dog to sniff the suspects because the dog was also a trained apprehension dog.  In other words, if they had drugs on their person, the dog might bite, so they didn't use the dog.

They did the next best thing and simply reasoned that the drugs had to be somewhere on the suspects. If the dog smelled drugs when the suspects were in the car but did not smell drugs after the suspects were gone, then the drugs had to be on the suspects.  Following this logic, the police took Thomas to the station and put him in an interrogation room while they went for a warrant.  While he was sitting in the room, the police saw Thomas place a bag of heroin in his mouth.  The police seized the drugs, and the State charged Thomas with dealing in a narcotic drug.

Relying on the dog that didn't bark (or bite), the Supreme Court disagreed. In Sherlokian fashion, the Court wrote, "Knowing the facts available to the officers and the inferences drawn from a combination of the canine alert and subsequent absence of alert, common sense dictates that someone moved the contraband between sniffs." In other words, a process of elimination can establish probable cause for an arrest (and a search incident to that arrest).  It was good enough for the world's most famous consulting detective, and it's good enough to satisfy the Fourth Amendment.