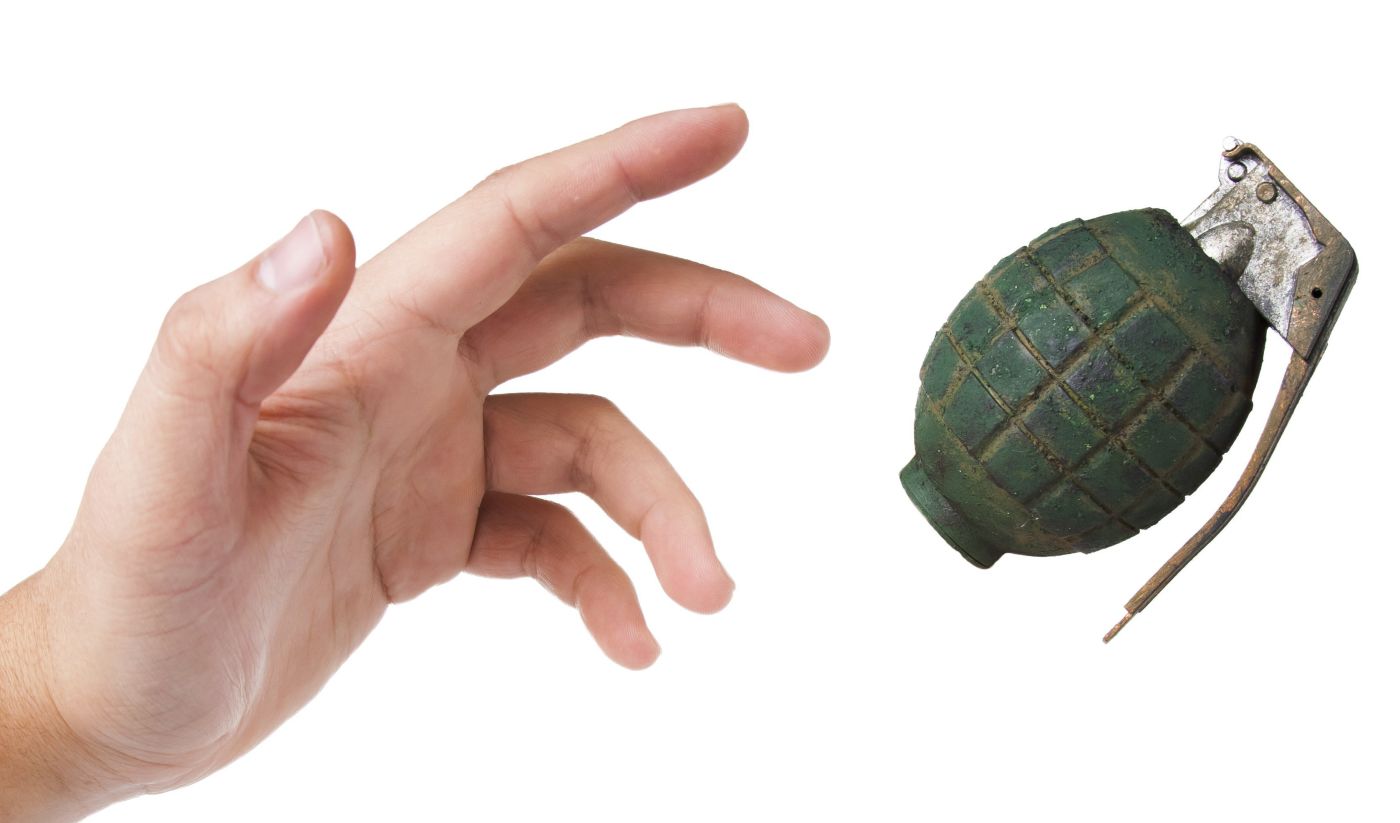 BE CAREFUL WITH THAT GRENADE

The scene sounds like something concocted for television. All of the elements are here: a SWAT team; an armed and dangerous drug dealer; flash-bang grenades; assault weapons; a battering ram; and (unbeknownst to the police) a sleeping infant in the home that was about to be raided.  This could be the next episode of "CSI: Evansville."  Unfortunately, it was the background for the Indiana Supreme Court's recent decision in Watkins v. State.

In Watkins, the Court was asked to decide whether the police violated the Indiana Constitution when all of the elements came together in the execution of a search warrant. The police had received a tip from a confidential informant that the suspect was in his home with cocaine, marijuana, and a gun. The police used this information to get a warrant to search the house. After watching the home and planning their approach, the police executed the warrant. One officer busted down the door while another announced their presence over a loud speaker. A third officer lobbed the flash-band grenades.  During the search, the police found (in addition to the child) drugs, guns, and other tools of the drug trade. The suspect was eventually convicted of minor felonies and various misdemeanors.

On appeal, the drug dealer claimed that the officers violated the Indiana Constitution when they stormed his house with military force, and the Court of Appeals agreed with him. The Supreme Court was not convinced, but it did agree with the idea that Courts should be prepared to examine the reasonableness of police actions when they execute search warrants. The Court held that the execution of the warrant was subject to the so-called Litchfield test.

There are several interesting things to take from this case. First, the Court was willing to say that flash-bang grenades are extremely intrusive and should be "the exception in search warrant executions." The second lesson is that such tactics are more likely reasonable when the police are faced with an armed drug dealer. This is because of the "dangerous criminal milieu" surrounding drug deals. However, the holding also suggests it would be wise for police to confirm the actual existence of this dangerous environment (through surveillance or reliable reports) before storming a home with a SWAT team.

Finally, Watkins serves as a reminder of two points that can be easily overlooked. It must always be remembered that the Indiana Constitution occasionally provides Hoosiers with more rights and protections than its federal counterpart. Moreover, the protections against unreasonable searches and seizures do more than require probable cause for police action. Even when armed with probable cause, the police do not have unbridled discretion in the exercise of their duties.